Paper copies of these and other recent documents may be available from the office.

Click Here for the latest Bulletin of the National 'Inter Faith Network for the UK'.

Lee Allen spoke about 'The Care of People with Dementia' at the December 2017 Bring and Share lunch.
Click HERE for the website of the Wolverhampton Dementia Action Alliance.

Chris Martin and Robert Stacey spoke about 'Faiths for a Low-Carbon Future'
at the October 2017 Bring and Share lunch.  Click HERE for a leaflet.

The Royal Wolverhampton NHS Trust Multi Faith Chaplaincy Department  are "here for everyone, for people of all Faiths and those of no Faith".  Full information is available on their website .  A leaflet about chaplaincy support on the New Cross hospital site (Print on both sides of A4, then fold) can be printed from here - [Outside Pages JPG] , [Inside Pages JPG] , or from this PDF .

The law protects you from being harassed at work because of "Your race, religion, or beliefs".   Some useful information about this issue can be found on the webpage https://www.autoenrolment.co.uk/guides/workplace-bullying , "A Guide To Workplace Bullying".

"Living with Difference: community, diversity and the common good " is the title of the report of the Commission on Religion and Belief in British Public Life, published December 2015.  The report can be found at http://corablivingwithdifference.com/ .  The Commission, chaired by Baroness Butler-Sloss, was convened by the Woolf Institute, a member body of the Interfaith Network UK.

Article - "A Short History of Interfaith in the UK" Available Here

(Reproduced with permission from www.onreligion.co.uk).

To download a BBC Radio 4 programme about Interfaith Marriage, right-click Here & "save target as / link as" .
For information about the programme, click Here .

Copies of the DVD of the November 2014 Royal Visit are available for £10 from the office.

for the Statement of Commitment.

Reflections on the Past, Visions for the Future -2006

1. More than 250 faith groups are featured on a new online faith map of Wolverhampton (2019)

This archived copy of the 2001 Photographic Exhibition of Wolverhampton Places of Worship contains many wonderful photographs.  Just ignore the out-of-date information about Wolverhampton Inter-Faith Group.

·  Archives : The Wolverhampton Archives & Local Studies (01902-552480) retain a wide range of documents, held under the title of Wolverhampton Inter-Faith Group, spanning the organisation’s history. They are available for inspection. 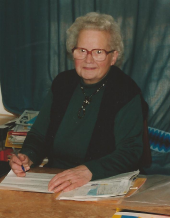 Ivy Gutridge was the Secretary and leading light of what was then the Wolverhampton Inter-Faith Group in the early 1980s.  When she died in 2004, she left the organisation a legacy of several thousand pounds.  The bequest was originally set aside with a view to using it to help to purchase a suitable building for IFW’s activities.  However, this proved to be unrealistic, and in 2009 the Board decided to use the funds to establish and develop, in partnership with the Central Library, a special Inter-Faith Resource Centre, composed of books and DVDs, to be located within the Faith section on the first floor of the Library.  The Resource Centre was officially opened, on a cold and snowy January morning in 2010, in the presence of Dr. Harriet Crabtree, the Director of the National Inter-Faith Network.

The stock of books and DVD’s held by the Library is continually being increased.
For recent additions to the Wolverhampton Library Religion Collection, Click Here.

Suggestions for possible additions should be addressed to Yusuf Shafi, c/o the office.